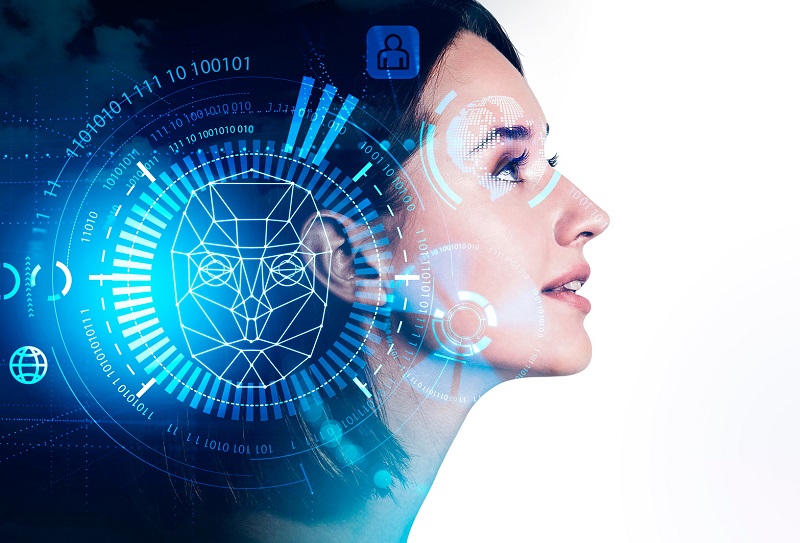 Computer facial recognition technology is a technology that uses computers to analyze face images, and then extracts effective identification information from it, which is used to “recognize” the identity. Although the human facial recognition ability is very strong, it can remember and distinguish thousands of people. Different faces, but the computer is much more difficult. It is manifested in: the face is rich in expression; the face changes with age; the image formed by the face is affected by illumination, imaging angle and imaging distance; facial recognition It also involves subjects such as image processing, computer vision, pattern recognition, and neural networks, and is also closely related to the level of understanding of the human brain.

The research scope of the so-called Face Recognition is very broad and can be roughly divided into the following aspects:

That is to detect the presence of faces and determine their positions from various different scenes. In most cases, due to the complex scene, the position of the face is not known in advance, so it is necessary to first determine whether there is a face in the scene, and if there is a face, then determine the position of the face in the image. Facial hair, makeup, lighting, noise, facial tilt and face size variations, and various occlusions can complicate the face detection problem. The main purpose of face detection is to find the face area on the entire input image, and divide the image into two parts – face area and non-face area, so as to prepare for subsequent applications.

The detected face to be recognized is compared and matched with the known faces in the database to obtain relevant information. The core of this process is to select an appropriate face representation method and matching strategy. The structure of the system is related to the face. are closely related to the representation. Usually, either a global method or a feature-based method is selected for matching. Obviously, there is a big difference between the features selected based on profile images and those based on frontal images.

That is, the facial expression information (happiness, sadness, fear, surprise, etc.) of the recognized face is analyzed and classified.

That is, the physiological characteristics of the face to be recognized are analyzed to obtain relevant information such as race, age, gender, occupation, etc. Obviously, doing this requires a lot of knowledge and is often very difficult and complex.

The history of facial recognition technology

The engineering application of facial recognition began in the 1960s. After more than 50 years of research, it can be roughly divided into the following three stages:

This phase of research is represented by Bertillon, Allen and Parke. In Bertillon’s system, a simple statement is used to associate with a certain face in the database, and combined with fingerprint analysis, it provides a strong identification system. And Allen devised an efficient means of copying, which Parke later implemented on a computer. However, either way, the recognition process at this stage still relies entirely on operators, requires many human interventions, and cannot achieve automatic facial recognition.

The second stage is the human-machine interactive recognition stage.

The researchers used a mathematical model to describe the main geometric features such as the length of the facial features in the face image, and used the Euclidean distance to measure the similarity. Harmon and Lesk used multi-dimensional feature vectors to represent facial features, and designed a recognition system based on this feature representation. Afterwards, Kaya, Kobayashi and T. Kanad also adopted various methods to study the calculation of geometric features [5][6]. However, this method relies on the knowledge of the operator and still cannot get rid of human intervention.

The third stage is the real machine automatic identification stage.

(1) Methods based on geometric features

The earliest recorded facial recognition method is the method based on geometric features proposed by Bledsoe, which uses the distance and ratio between facial feature points as features, and uses the nearest neighbor method to recognize faces. The method based on geometric features is very intuitive, the recognition speed is fast, the memory requirements are less, and the extracted features are less sensitive to illumination changes to a certain extent. However, when the face has a certain expression or posture change, the feature extraction is imprecise, and since many details of the entire image are ignored, the recognition rate is low, so there have been few new developments in recent years.

Model-based methods are also an important form of facial recognition, of which the most widely used is the Hidden Markov Model. It is an overall probability based statistical method. For a frontal face, Markov’s “states” include the forehead, eyes, nose, mouth, and chin, which appear in the same order from top to bottom. In this way, face images and hidden Markov models can be combined, and the feature regions of these faces are assigned as states. Other models include active shape models and active appearance models.

(3) Methods based on statistics

1, easy to use, high user acceptance.

The basis of facial recognition technology is people’s facial images, and the human face is undoubtedly the most intuitive information source that can be identified by the naked eye, which is convenient for manual confirmation and auditing.

Compared with other biometric technologies, the recognition accuracy of facial recognition technology is at a higher level, and the misrecognition rate and rejection rate are lower.

4. Not easy to counterfeit.

The devices used in facial recognition technology are general PCs, cameras and other conventional devices. Since computers and CCTV monitoring systems have been widely used, for most users, there is no need to add a large number of special devices to use facial recognition technology. It not only protects the user’s original investment, but also expands the functions of the user’s existing equipment, and meets the user’s security requirements.

6. Basic information is easy to obtain.

Facial recognition technology is based on face photos or real-time captured face images, so it is undoubtedly the easiest to obtain.

7. Low cost, easy to promote and use.

Since the facial recognition technology uses conventional general-purpose equipment, the price is within the acceptable range for general users. Compared with other biometric technologies, facial recognition products have a high performance-price ratio.

In a nutshell, facial recognition technology is a high-precision, easy-to-use, high-stability, difficult-to-counterfeit, and cost-effective biometric identification technology, which has an extremely broad market application prospect.

Compared with other recognition methods, facial recognition has been widely studied and applied because of its direct, friendly and convenient features, without any psychological barriers to users, and easy to be accepted by users. The current facial recognition technology is mainly applied to the following aspects:

(1) Criminal investigation and case detection The public security department stores photos of suspects in the file system. After obtaining a photo of a suspect or a description of his facial features at the crime scene or through other channels, it can quickly search and confirm from the database, which greatly improves criminal investigation. The accuracy and efficiency of solving cases.

(2) Document verification In many occasions (such as customs, airports, secret departments, etc.) document verification is a common means of verifying someone’s identity, and many other documents such as ID cards, driver’s licenses, etc. have photos on them, using facial recognition technology , the verification and identification work can be completed by the machine, so as to realize automatic intelligent management.

(3) Video surveillance There are 24-hour video surveillance in many banks, companies, public places, etc. When there is an abnormal situation or a stranger breaks in, it needs to be tracked, monitored, identified and alarmed in real time. This requires specific analysis of the collected images, and face detection, tracking and recognition technologies are used.

(4) The scope of access control system is very wide, including not only the security inspection at the entrance of buildings, residences, etc., but also the identity verification before entering the computer system or intelligence system.