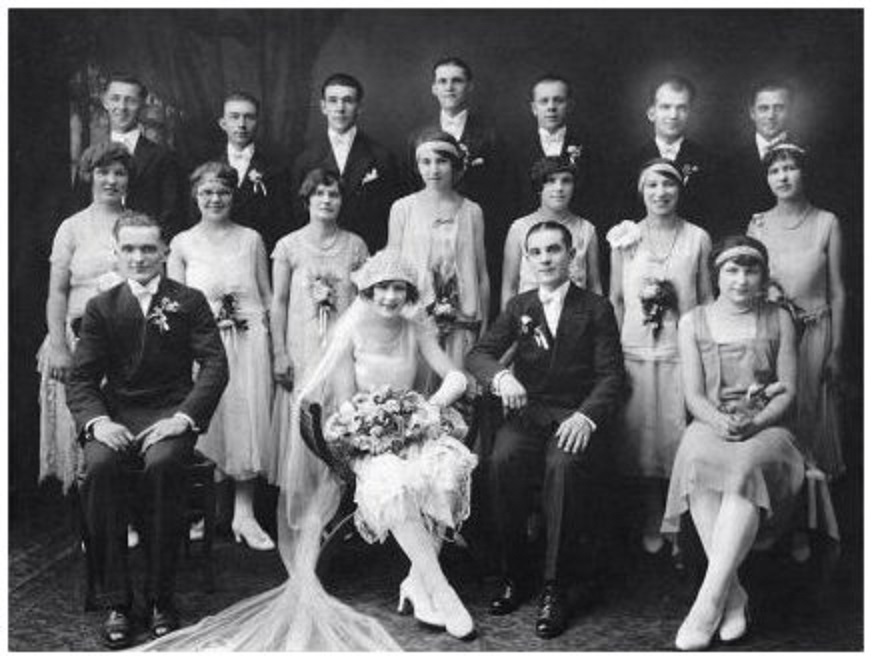 No matter what time it is, wedding is an important moment worth being recorded, so wedding photos emerge as the times require. From black and white to color, from film to digital , wedding photos witness not only loves, but also the development of the times.

During that special time, wedding photos just meant couples wearing dusty blue uniforms sit upright on a bench or stand, and then a wedding photo was completed. What a pity without a decent wedding photo.

Because of the Reform and Opening up, some new concepts were accepted gradually. However, there were only two or three kinds of bridal dress hk in photo shops at that time, and color photos needed to be developed in Hong Kong, which is expensive and inconvenient. Couples still preferred to take black-and-white photos, wearing wedding dress.

A set of wedding photos became popular, and these photos started to be bound in a volume. Besides, brides and bridegrooms need to make up.